Baroness Sue Hayman is a member of the House of Lords and an Opposition spokesperson for Environment, Food and Rural Affairs (DEFRA). She was previously Member of Parliament for Workington in West Cumbria and Shadow Secretary of State for DEFRA. She is a member and former co-Chair of the All Party Parliamentary Group on Nuclear Energy. 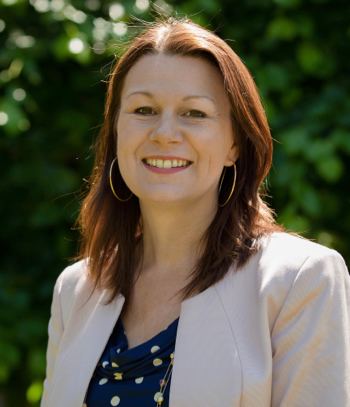 The UK has spent years failing to decide what to do with the radioactive waste currently stored above ground here in West Cumbria.

We need a safe, secure, long-term solution, and at last we now have a settled national policy of geological disposal, the process recognised internationally as the best way to deal with higher-activity waste.

But the big question remains; exactly where is the best place for a Geological Disposal Facility?

We need a sensitive and informed national debate on where any such facility should be sited, how we can be sure it will be safe, and the benefits it could bring to the area that hosts it.

The overriding priority is to find a site that is both geologically suitable and socially acceptable. It is vitally important that any repository is safe, secure and environmentally sound, because safety of the public and protection of the environment are non-negotiable.  And it is vitally important that local communities are central to the decision-making processes.

The first two working groups have been set up to engage local residents, businesses, and other organisations about the possibility of hosting a GDF. Both are in West Cumbria – one in Allerdale and one in Copeland – and I am pleased to see that the prospect of any development within the Lake District National Park has been ruled out at the start of identifying possible search areas. More working groups will also be set up in other parts of the country.

Allerdale and the wider West Cumbria is a great place to live, but we need investment here and high-quality, skilled jobs. A GDF is likely to bring significant economic benefits to a community that hosts it, in the form of long-term employment, infrastructure investment, and additional community investment from the government. But any benefits package should specifically meet the needs of the host community and not just tick a box.

The government has said that a GDF will create thousands of well-paid, skilled jobs and generate billions of pounds for the UK economy over the lifetime of the facility.

Wider benefits could include local and regional economic stimulation and the development of new industries in the area based around the operation of the GDF. There is the potential for significant investment in the regional infrastructure that would be needed to manage construction and operation of the site, including renewing, improving or adding to existing infrastructure – transport links for example – plus improved local training and skills development, public services, and leisure facilities.

All these things would be welcome, but not at any cost. As I said earlier, the overriding priority is to find a site that is both geologically suitable and socially acceptable.

The host community must see significant benefit from the construction and management of a GDF, but the safety and security of people and the environment take precedence.

We have a responsibility to future generations to solve the long-term problem of radioactive waste. A GDF is the answer; the task before us now is to make sure we get it right.